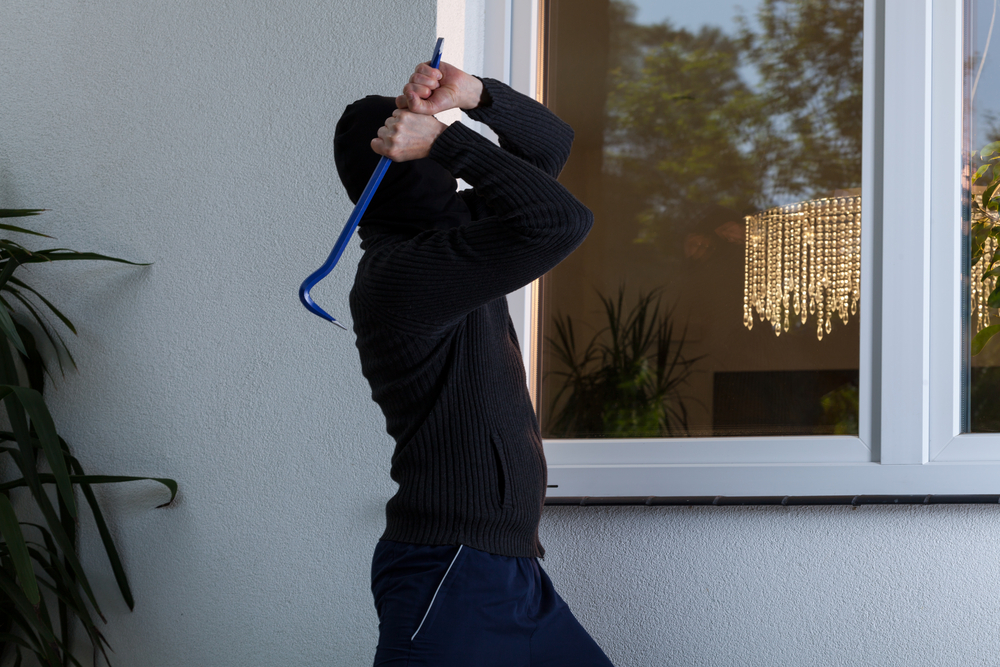 Older, single pane windows are without a doubt much easier to break. The single pane may be thick, but when it comes to strength, it will never hold up against two panes. Double-glazed windows also benefit from a layer of gas in between, which means the two panes are tightly sealed.

This means intruders will have their work cut out if they want to smash through the layers; and that it might not even be worth the effort. The glass in modern windows is likely to be far tougher, too.

On top of being harder to break, breaking double-glazed windows creates quite a loud bang. This would inevitably draw attention to your property, which is the last thing an intruder wants. A single-pane of glass would certainly still create quite a noise, but no-where near on the same scale.

Double-glazed windows also act as a deterrent for intruders, as they show that your home has been updated with modern security features.

An older home with flimsy single-pane windows may be seen as vulnerable to potential thieves, as it suggests low up-keep.

Double-glazed windows will not only be harder to break but imply that perhaps the rest of the home is also quite secure and modernised.

Any measure that puts burglars off, whether that’s a dog, a security system, or newly-fitted windows, is a good strategy to take.

Modern uPVC windows have locks on the hinges and handles, which means they can’t be forced open while you’re out. Older windows, particularly those with wooden frames, often rely on latches to keep them sealed.

This is not a safe or secure way of preventing thieves from entering your home. Latches can easily be pulled off or fiddled with.

By installing double-glazed windows, you are immediately upgrading to new technology that comes with security features as standard.

While there are certain windows that may look aesthetically pleasing, they’re certainly nowhere near as effective at preventing a break-in.

New, uPVC and aluminium frames are much sturdier and almost impossible for someone to budge with just brute force.

If someone tried to break-in they would make a loud enough noise that would alert others as to their presence.

Installing modern double-glazing is ideal for anyone who wants to ensure that their home is up-to-date with modern security measures.

Not only will they come with locks as standard, but they will be far harder to vandalise and break, which should put your mind at rest while you are away on holiday or out of the house for long periods of time.

Alongside Security Windows you should also ask yourself if your front door is up to scratch? If you’re thinking about replacing it, the most secure option is a Composite door.